Inditex strengthens its retail model. The grand opening of a Zara store in Madrid’s Paseo de la Castellana – the biggest for the brand worldwide – and the reopening of the iconic store in Opera in Paris are the reflection of the Spanish group’s goal of transforming its entire store estate as part of its differentiation strategy.

The company has put itself at the forefront of an increasingly popular trend in the fashion industry, opting for larger and more prominent stores in prime locations.

The rise of e-commerce has also led the company to experiment with new ways to make physical retail stores more relevant to e-commerce savvy shoppers.

The group has currently 4.4 million square metres of selling space in prime locations. The store network is being constantly improved to expand the company’s footprint through the well-known flagship format – which can be recognised by its larger scale and the focus on interior design.

The launch of the new 6,000 sq mt store in Madrid coincides with the reopening of the iconic Zara store in Paris’ Opera. The French flagship is Inditex’s third largest outside Spain and its revamp marks another milestone in its store refurbishment programme.

Inditex’s focus on improved selling spaces can be also seen across its group of fascias. The clothing company has carried out significant efforts to refresh the retail concepts of Bershka and Pull&Bear, as well as update existing stores such as Massimo Dutti’s shop in Paseo de Gracia, Barcelona. 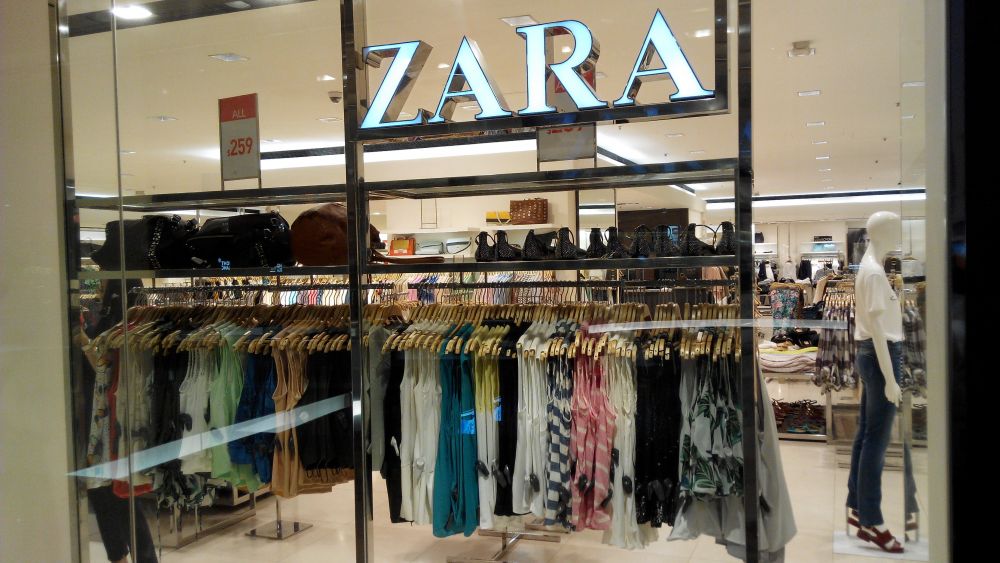 Investment in the store estate was a key priority for Inditex in 2016 as Zara flagship stores account for two thirds of the group’s sales. The plans included new openings and expansion of existing sites located in priority areas.

As part of this, the brand launched in November a 3,000 sq mts newly-refurbished flagship in Tokyo’s Shinjuku, and opened in Plaza Cataluña a 4,500 sq mt space.

In addition to Barcelona and Madrid, the chain opened in 2016 the doors of another iconic flagship store in Spain. Located in calle Compostela de A Coruña, the new store measures 2,400 sq mts, rivalling in size the iconic 2,500 sq ft flagship on Serrano in Madrid.

In the company’s latest financial report, CEO Pablo Isla talked about a new major store opening in India this year. The Zara flagship will be located in the Ismail building in Bombay and occupy a space of 4,645 sq mts, becoming the country’s largest international high street store.

In Europe, other recent openings include a 4,500 sq mt flagship on Oxford Street, London, and a 5,000 sq mt Via del Corso, Rome. The UK capital is also set to see the expansion of Zara’s existing store at Westfield White City.

In the US, Zara’s largest store is located in one of the most iconic areas of New York on Broadway and features 4,400 sq mts of space. The store was opened in March 2016, surpassing in size the former largest US store, a 3,000 sq mt shop located on Fifth Avenue.

This year, Inditex plans to add 320,000 sq mts to key locations across all fascias. The group also intends to maintain the accelerated growth trend in the coming years.